Valeriya Fetisova about her trip to Palestine

Valeriya Fetisova about her trip to Palestine

Palestine is a wonderful country in the Middle East which I had the chance to visit in October this year. Even though I am interested in this region for quite a while, I, it turns out, believed in many stereotypes and did not fully understand what was actually happening in this land.

YWCA Palestine organized the International Youth Participate and Youth Decide: Towards Freedom and Justice conference where Palestinians had the opportunity to share about their situation. The Swedish YWCA representatives knew in advance that they would participate in it. As they now cooperate with the YMCA of Ukraine in the SIDA project, they have decided to invite two Ukrainian representatives so that we can share the experience of our local organizations and strengthen the relationship between us. Representatives of YMCA and YWCA from the following countries came to the conference: Sweden, Norway, USA, Switzerland, Denmark, Finland, India and others. I represented YMCA Lviv and at the conference, I shared its experience in youth development, assistance to internally displaced persons and creative initiatives.

No. I remember that before the trip I thought I would not get there. Now let me explain why. First, we had to fly to Tel Aviv, and from there we had to arrive in Ramallah, a city in Palestine. However, it was not that simple. Having arrived in Israel, to get a visa, you have to go through an interview, which can be psychologically exhausting if your final destination is Palestine.

I was very lucky because I was prepared for all the types of questions and I easily got an entry permit. However, one girl from Sweden, who passed the same control 30 minutes after me, was detained. She was questioned all night and, eventually, refused to enter Israel for the next 10 years.

The first two days we travelled to the country and visited Jerusalem and Hebron. We saw how the Bedouins live and we heard terrific stories from the people who live in one of the refugee camps.

I was horrified by the involvement of children and teenagers in the conflict. It is just terrible to understand that they are one of the most vulnerable groups in this war and their future depends on its resolution.

Not all the people of Israel and Palestine hate each other since many people understand all the factors of this conflict. However, hostility does exist.

When I was in Hebron, on one of the block posts of the Israeli army (which are absolutely everywhere) a local Palestinian was detained. After checking the documents, the Israeli soldiers began to give him orders: get back, turn around, pick up the shirt, pull out everything of your the pockets, turn around again. And all this was accompanied by laughter and screaming.

Honestly, I was amazed by the Palestinian youth. I met a lot of interesting young people who are studying, working, contributing to the development of their communities and doing everything to make their dreams come true.

As they always emphasize, one of their greatest dreams is free and peaceful Palestine.

I would stay forever in Palestine just for its hummus. In general, the cuisine is extremely tasty and nutritious.

On each table, there are always lots of meat, rice dishes and different sauces. And their sweets and spicy coffee are unforgettable.

A wall, 8 meters high, is built around the Palestinian territory, isolating the area from the rest of the world.

However, there is also a positive side – the wall is decorated with graffiti by hundreds of artists, including works of the famous Benxi.

This gives hope that there are still many people in the world who will draw the attention of other states to this conflict and seek a just solution to this catastrophe.

It was extremely interesting to listen to what YWCA and YMCA are doing and what are the problems in different countries.

We also discussed the Palestinian issue and how we can share information about the problems of the local youth. Throughout the conference, there was a sense of unity and interest of all participants in common work for a better future.

I was very honoured to present YMCA Lviv at the conference and I felt the support from all the other countries. After all, the development of the Ukrainian youth is also limited by the war.

YMCA Lviv has many projects on the socialization of war veterans, the integration of refugees into society, art rehabilitation since we believe that common sense and art are going to help to establish a better society in which prevail tolerance and mutual understanding. 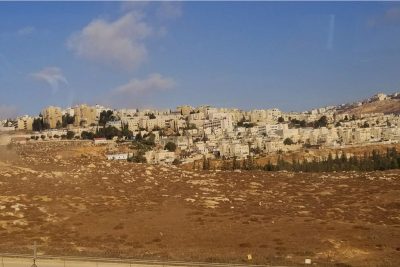 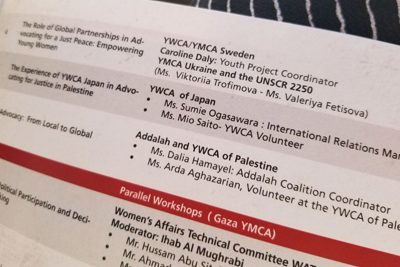 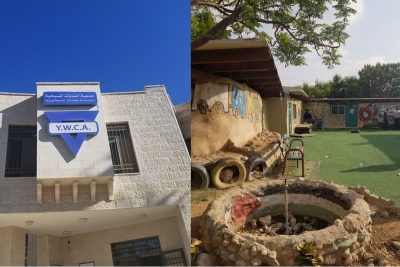 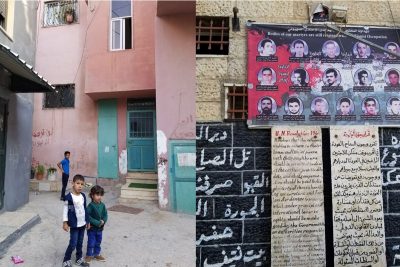 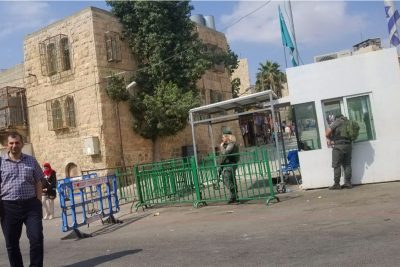 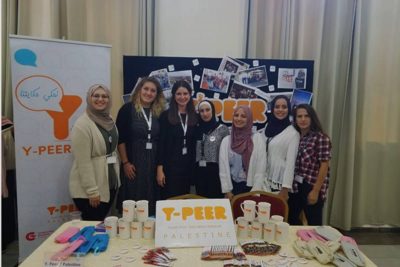 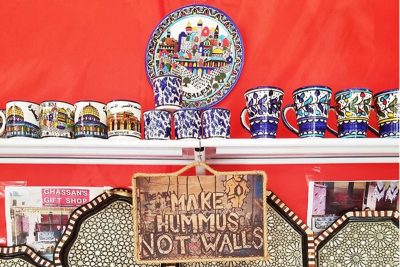 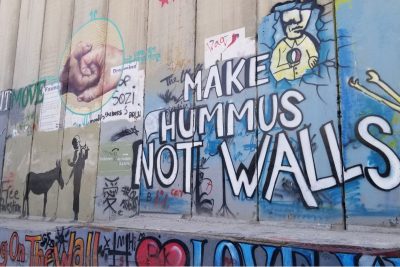 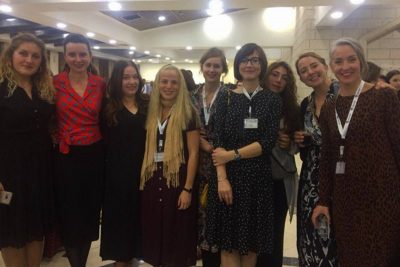 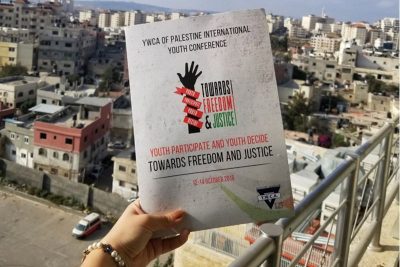