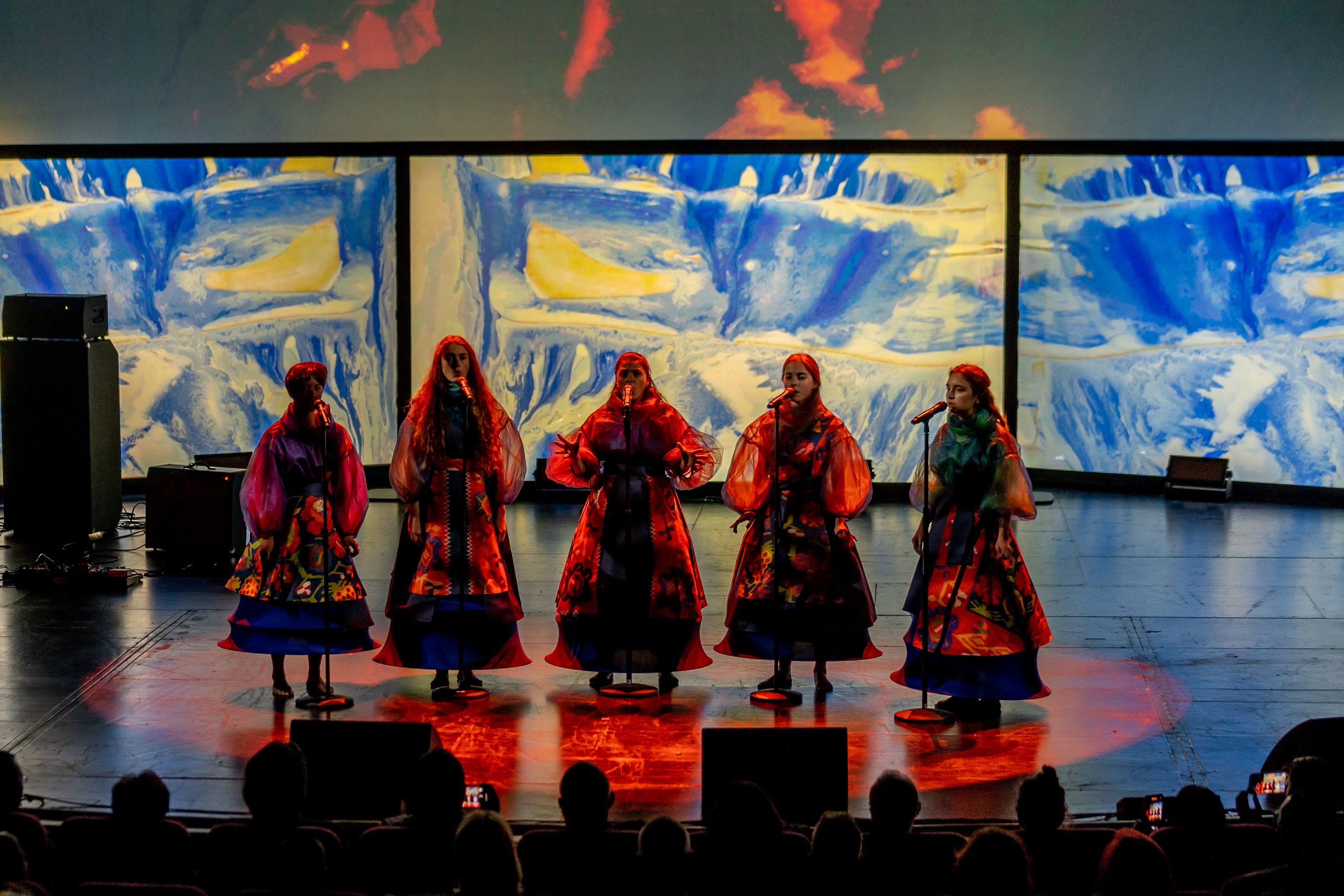 From the 3rd to the 9th of July the world conference of the YMCA World Council 2022 was held in Aarhus (Denmark), which is held once every four years and gathers representatives from all countries.

The Ukrainian opera-myth “Ukraine Terra Incognita” became part of the opening ceremony of the conference. Ulyana Gorbachevska, Kateryna Smirnova, Olga Balandyukh, Yasya Sayenko and Sofia Leshishak, through a mystery-play, made more than a thousand people from different parts of the world give a standing ovation.

With the help of a combination of traditional Ukrainian singing, improvisational music, theatrical costumes and video art, in a few minutes our artists revealed the beauty, uniqueness and originality of Ukrainian culture to the participants from different continents.

“When they found out that we were from Ukraine, the first question was: “How cool did your girls sing. To tears”, and only later: “You have a war right now, right?” – says Maria Kisil, YMCA-Lviv project coordinator, who was also in Aarhus. 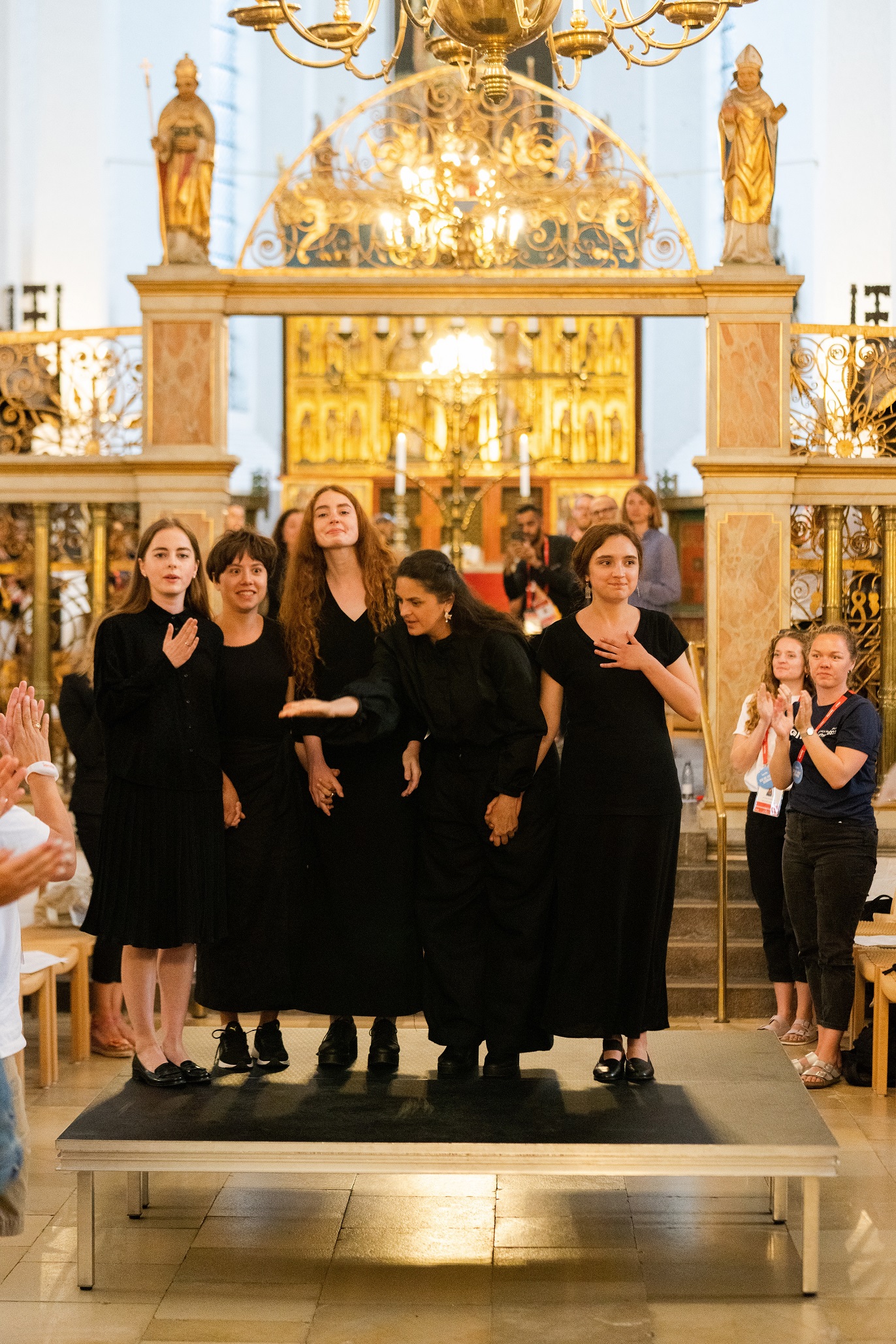 Separately from that, the team presented a part of the opera-myth “Ukraine – Terra Incognita” for the Danes in Aarhus Cathedral. Such performances are a very important part of the project, as they spread knowledge about Ukrainian culture in the world society, help establish international relations and maintain interest to our country.

The performance of the opera-myth became a bridge for people from different traditions and cultures and helped to convey hundreds of people what every Ukrainian is currently experiencing.

In addition, various panel discussions, group work, general sessions of the Conference were held within the framework of the conference, in which more than 1,200 representatives of the YMCA were involved, who got to know each other, exchanged experiences and worked on Vision 2030. Not every meeting mentioned Ukraine and Ukrainians, who are now fighting for their freedom and democratic values at the cost of their own lives.

Opera-myth is a modern musical project that spreads the values of Ukrainians through ancient songs: Motherland, love, will – all the things we are all fighting for right now. Art itself becomes the platform that allows you to convey what is happening in Ukraine from the perspective of strong and indomitable people. Explain that they are trying to destroy Ukraine, but we will endure, and we need support and help.

After this mystery-play – incredible, deep, sensual – the staff of the myth opera “Ukraine – Terra Incognita” received several offers for performances in other countries. Our team is now engaged in organizing these processes.

There will be more to come, friends!