Enver Kaneev on the SALM program in Strasbourg

Enver Kaneev on the SALM program in Strasbourg

Want to know what stereotypes about Ukrainians in European youth, Is it possible to cook dumplings in the oven, and what should be the perfect international youth camp? Then read!!! 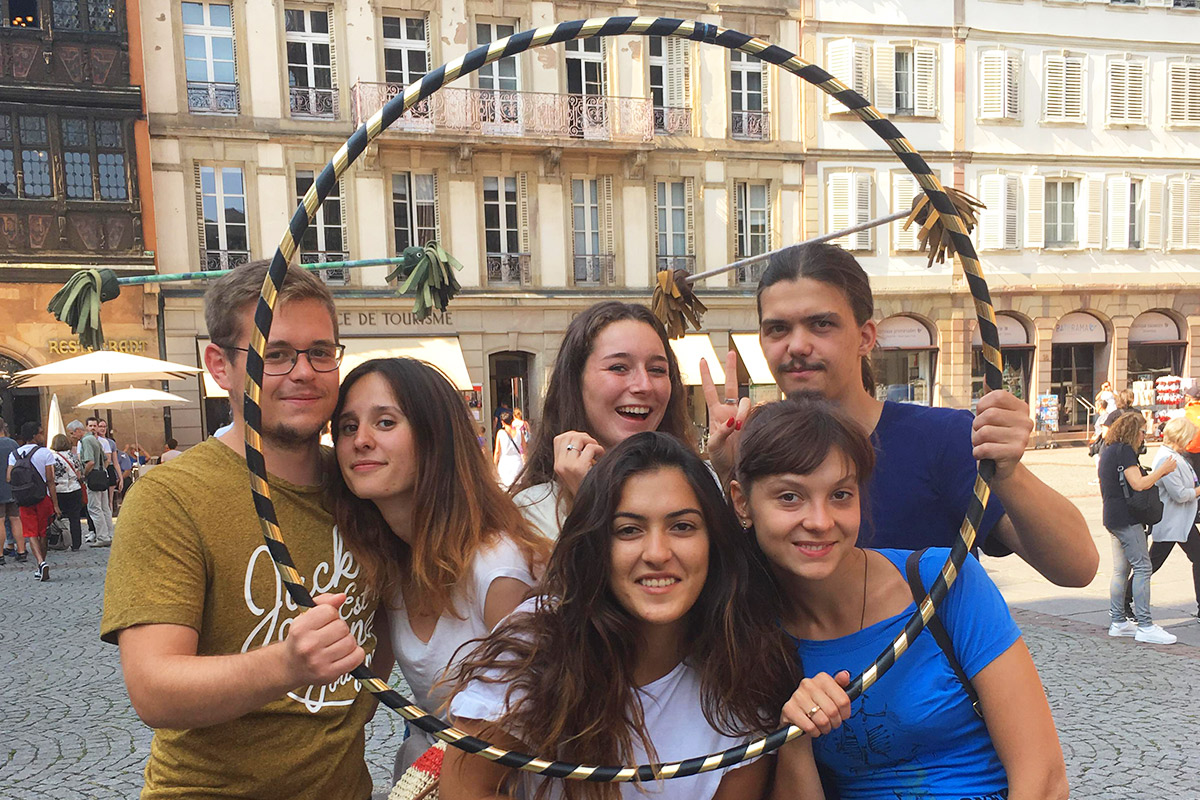 It was a great opportunity to meet with people from other countries, to look at their culture, to talk about their lives. Last week of August I participated in the SALM program with seven Ukrainian boys and girls. In addition to us there were also groups from France, Spain, Germany, Romania and Kosovo.

We presented our countries, held debates, Training sessions on leadership and teambuilding took place, played sports games and talked a lot. In the end, we were mixed into different groups and made us a quest. All young people lived together in the middle of the forest, almost like ours in the Carpathians. Last two days we had the opportunity to walk Strasbourg. This is a cozy city with beautiful buildings and wooden shutters.

We cooked and cleaned ourselves on the base. In the evenings we played the mafia or fired a fire in the yard. And best of all, our organizers were young at 25-27 years old. It was in fact the best conditions for international communication and exchange of experience and establishing friendship. I have a lot of good memories from the camp. We still rewrite in social networks and invite each other to visit.

As a presenting Ukrainian dishes, how the real patriots wanted to make dumpling and deruny. But this day the cooker broke in the kitchen and we had to cook everything in the oven. It turned out not perfectly, but we gave a lot of sour cream and people ate it all. Our Ukrainian team won in three categories of six: presentation of national costumes,interaction with audions and of course  in cooking.

Most cooking teams did not bother- they cooked some snacks, or give their sweets.And the Spaniards presented a special dish sunflower seeds with a taste of sausage.

From Ukrainian nashnal fun gams, we taught them to play “blind cat” and “catch”. Using acting skills we did scenes on stereotypes about different countries.My team had to show the Germans stereotypes , then we came up with the idea to make fun of their law obedience. Our act begins with the German, who stands at the crossroads for half an hour and does not pass, because he cannot believe that the traffic lights are broken. As for Ukraine, most of the stereotypes were that in our country there are many beautiful girls who dream of marrying foreigners  and people drinking lots of alcohol. However, with regard to alcoholic passions, then all participants recognized this stereotype for their countries. Well, it was all a joke. We then discussed and denied these stereotypes together.

We decided to present Ukraine  in positive light. Most people already knew that we had a war with Russia and a problem with corruption. Our girls sang the song “Shchedryk” in several voices because it is a world-famous melody. Showed by our contemporary musiciansWe also made a quiz about what they know about Ukraine. It turns out that all participants know a lot about things in Ukraine.

We gathered a good company of active people from different countries, who hang out together. It’s nice when you can feel yourself with the whole world. I was even asked to give TED speech. And I spoke about “unfulfilled opportunity” .The idea was to use all the opportunities that life can offer. Actually, like this speech.

Unfortunately, not everyone has a good English language. it’s hard for some people to talk, and it’s very bad because it was a great opportunity to talk.When will you have the same opportunity?

That is why, at YMCA Lviv, we launch the English Learning Club so that our volunteers do not feel embarrassed and could take an active part in international camps. It’s just stupid when around you are many beautiful girls from different countries, and you can not talk to them. So, in order not to fall into such situations – come to us. This year we are recruiting a group for IELTS. *

* This information is placed on the advertising rights. But still you can join:) 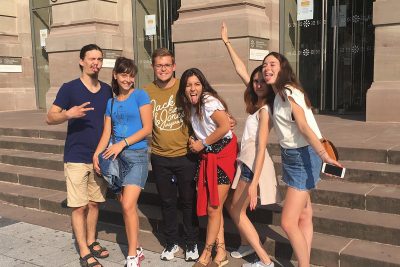